Risk Disclaimer for Trading. Trading can carry a high level of risk without proper guidance, and may not be suitable for all investors. Past performance is not indicative of future results. Nothing on this site should be construed as a trading recommendation. All examples are for illustrative purposes.

Analyzing and drawing for the AM session yielded a couple of profitable trades. Round numbers and Bollinger Bands mostly used.

Sometimes it turns out that price moves against the position, and sometimes there are more points on the table.  In this case GBP moved against the position however it was still profitable. The CAD trade continued to move down nicely after the exit. 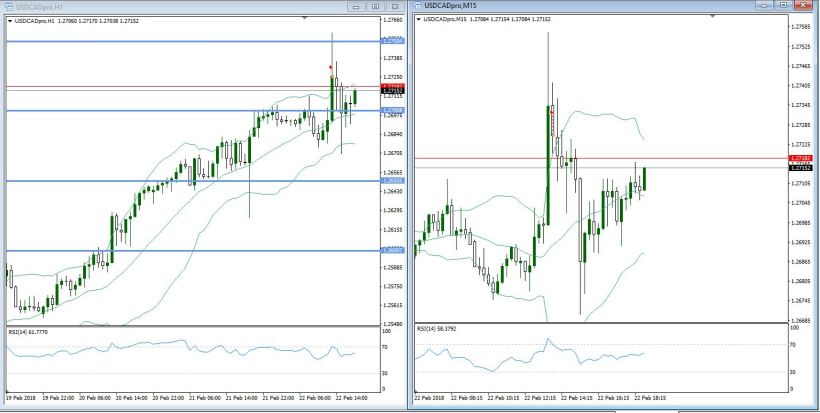 Also- Dow simulator trading update. There seemed to be a delay getting out of a position, first time it was very noticeable. A couple of trades were forced while price was still kind of choppy earlier in the session, and a substantial difference would have been made if a one of the positions wasn’t exited manually. Fear based exit as price was resting on 20 EMA. Perfect example of a trade that given some time would have worked. There was still technical justification to stay in.

Since the entry wasn’t ideal we’d need to give this a chance to see if the 20 EMA lends any support.