Risk Disclaimer for Trading. Trading can carry a high level of risk without proper guidance, and may not be suitable for all investors. Past performance is not indicative of future results. Nothing on this site should be construed as a trading recommendation. All examples are for illustrative purposes.

I’ve been going through a rough patch, but happened to locate a nice quick Short trade for 4 pips

After that, I added a Fib Retracement that could have been used for a second entry or scale out.

The stop was not thought out, just placed and might have been adjusted to an extent but price started moving down quickly.

At that time I didn’t think about the Fib option, but unless the stop was planned it would have probably been hit on the retrace, to the pip. Slight chance it wouldn’t have.

Look at how the price poked through the 61.8 level, where the trend line would be. 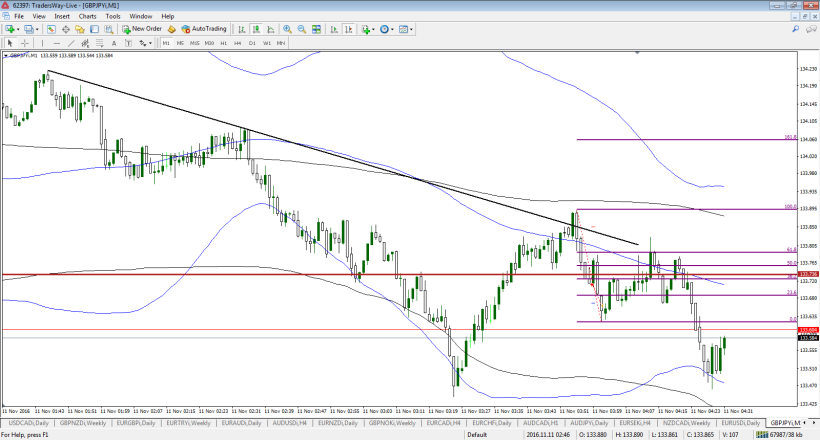